Male Privilege As A Veil 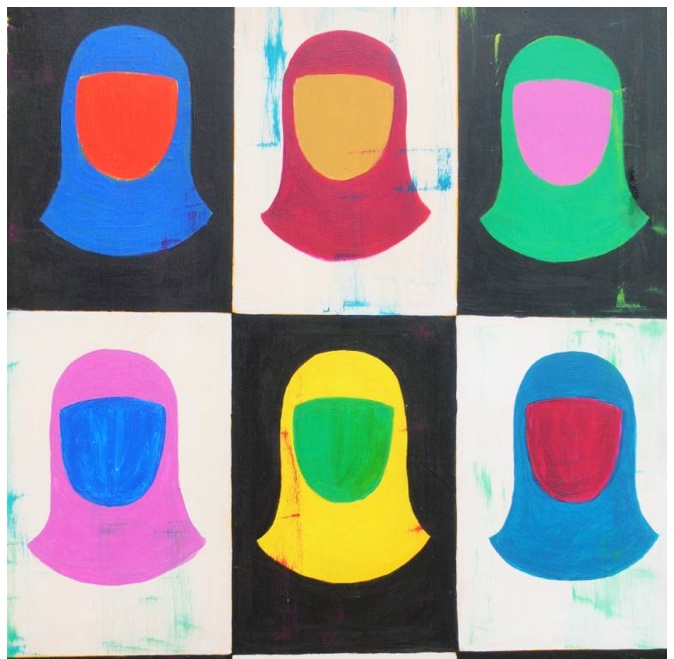 I remember when my mother made the decision to start wearing the hijab. I remember my father trying to dissuade her, fearful it would have an impact on work opportunity. And it did. At her retail job with a large (still operational) department store, she was questioned repeatedly about “professional dress protocol”. At another similar retail firm, she was told she could not be hired because customers would not feel comfortable approaching her. The same reasoning was also given by a Muslimemployer (a male) when she applied to work as administrative support in his office.

My mother had to fight to find acceptance in the workforce, as a woman, as a woman of colour, and as a woman who was a visible religious minority. Both in general society, but also within her own communitytoo. But women today, in particular women of colour, continue to face struggles. Be it sexual harassment, maternity discrimination, or the ever-widening pay gap, women are clearly impacted by a lack of inclusion in today’s modern workforce.

Systems of privilege and the power differential that results, are maintained by complacency in thought. We still perceive authoritative women as being “hysterical”. A publically elected political official still has her values questioned as unconstitutionalbecause she wears a hijab. And despite a majority of women acknowledging experiences of sexism in the workplace, a minority of men recognize it. Distortions in thinking such as these, maintain privilege and inequitable treatment if they remain unquestioned.

Although it was my mother who chose to take on the veil, I soon realized that it was my mind that was veiled from a perspective I did not live. Although I had and still do experience discrimination for many aspects of my identity, I did not nor do I experience discrimination because of my gender. I maintained a male privilege I was unaware of until that is, I went shopping with my mother, as a teenager.

I remember people (including women) speaking to me (a teenager) as a decision making authority instead of my mother. “I’ve never seen a woman like that smile!” one woman told me once. “Does she speak English?” another asked me after my mother and I had a full conversation in English while waiting in line. And then there were the endless assumptions that my father forced the hijab on her, and that she didn’t need to listen to him anymore, because “women have equal rights in Canada.”

Today there are those who see her in all potential stereotypes of a Muslim woman (both in and outside her cultural community) as merely friendly support at my father’s store. When in fact she has been the co-owner, the business partner, the woman who ran the books, payroll, predicting (correctly) changes in the market, for over 30 years. I remember, and still, do see her pouring over the books late into the night when the work must get done, running that business into the success it is today. Although my father worked so very hard, she has been the mechanics of a well-functioning clock and never took credit for the time it told.

These experiences of gender discrimination and gender bias I witnessed with her, lifted a veil for me. I understood the privilege I held over my mother, despite me not wanting it. I understood, that despite all the struggles I had faced with discrimination, this one was different; it was deeper, layered, and especially for a woman of colour, created boundless barriers for inclusion.

Privilege is not about something we necessarily want, but it can veil truths if we are not mindful of it. Privilege is about broad systems of beliefs and practices based on culture and often historical expectations that distribute power and benefits unequally. Since we don’t often choose privilege we are born with (white, male, heterosexual, etc.) it is not something we need to be defensive about.

Rather, if we acknowledge it, we can gain insight and vision into the way systems work, the way women (and other marginalized people) are treated in those systems. Most importantly, it can open our understanding of the role we can play in either perpetuating or challenging those systems.

This ability to understand the experiences of those who are not like us, this lifting of a veil, offers an opportunity for empathy. And empathy, it can have the potential to change theoretical knowledge, to an intuitive experience. And that, can be a driving force behind making lasting equitable changes to eliminating inequity of women.