How To Manage Politicized Identities (& Perceived Conflict) at Work 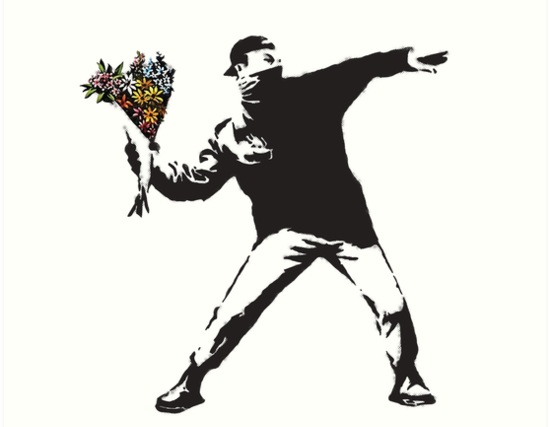 Today, I had not planned to write. Today, I had planned to organize my thoughts on the applicability of psychological practice on improving inclusion in organizations and the workforce. I had this plan to organize my writing, so topics would flow smoothly from one to another. But then I woke up to the news of mosque shootings in Christchurch, New Zealand, and any semblance of flow in thought was disrupted with emotion. If I didn’t take this morning off to write, I’d have to take those emotions with me to work, as many others will and do.

There is a growing body of work that reports how people of colour, religious and ethnic and sexual minorities edit themselves and their identities when at work. Although that, in and of itself, is a sad state of affairs that decreases inclusiveness and all the benefits that come with that, what happens when you don’t have the privilege of being able to withhold elements of your identity to stay under the radar?

When your identity becomes a pawn in political discourse, when the results leave people who resemble you portrayed in stereotypical ways in media, and when there is a larger social discourse (with opinions every which way) about a group of people you belong to, your identity has become (involuntarily) politicized.

Derald Sue, a professor in counselling psychology and expert in cross-cultural competence, reports research that even in today’s modern society, there are beliefs we still hold about certain groups of people. For example, as a whole, many people in North America still associate Black people with crime, and people from the LGBTQ+ community with “sinfulness”. Latino people are now publically referred to by politicians as rapists and a scourge at the border. Indigenous people are perceived as obstacles to social and economic equality.

As noted in a former article of mine, improving relational understanding can create sustainable, and insight-oriented change for improved inclusion. To that end, here are three ways a politicized identity can be impacted at work, and appropriate responses to address the problem.

1.   Emotion: I like to think of myself as professional, and emotionally regulated. And though I am still writing, am not in tears, I am struggling to be able to bring my thoughts together cohesively to write this piece. I am, at the very least, shaken by the terrorist attack against Muslims in Christchurch this morning. And there is a subtext worry about what might happen when I go to the mosque after writing this article today. And there is a thankfulness my son does not attend a Muslim school (which itself produces mixed feelings), so there’s less of a chance his school bus might be targeted. Needless to say, tragic events around the world and in our own country will stir an emotional response in people, particularly in people who belong to the affected community.

Response: Be mindful of the emotional impact of these events on those in your workplace. Offer those whose communities might be impacted by association an option of a day off, the ability work from home for a short period of time, or even the option to maintain routine and come to work. Grieving is necessary. One key element to manage trauma is social support. So offer it. But specifically, offer the opportunity for a discussion, or even space to manage feelings on their own, should they request it.

2.   Hostility or Bullying: Highly political situations are bound to have contentious points of views. But some of those views are not always positive toward those with politicized identities, leaving them vulnerable to overt or covert hostility or bullying. Out of fear of addressing a political situation, many leaders of organizations take agnostic views or avoid the discussion entirely. This can leave employees or colleagues feeling isolated and at risk for difficulties with work function and mental health concerns.  Silence on publicly political issues may indirectly be seen as support for hostile views against those with politicized identities. Imagine the impact on loyalty and work productivity?

Response: Don’t be ambivalent about offering support to those whose identities are politicized out of a fear of becoming political. If they can’t avoid their lives being thrust into political discourse, as a leader, you may need to take a perceived political stance, to support a valued member of your organization. Remember that they are not in control of what happens in the world, and like you, can only react to the news. Support may be provided by a one on one meeting, but public support in addition to the personal can have a greater impact. A public expression of support can develop boundaries against bullying or discriminatory behaviour that may happen in the workplace. Clear and open social support can help realign instability and insecurity that can occur after trauma. And truth be told, when you’re a person from marginalized group, you’re likely to have experience the trauma of discrimination.

3.   Polarized Politics: Since politics can leave people polarized, they remain largely avoided at work for fear it would interfere with workplace function and productivity. But avoiding the personal and emotional impact of world events that seem political, can actually sustain a conflict that is covert and harder to manage because beliefs about equality of people are not clearly expressed. I’ve been told by many people of colour, that they’ve been unable to open up about their concerns at because they appeared political, when all they were looking for was support and validation of themselves as individuals.

Response: Rather than avoid, set aside time to engage in discussion of these political events, and the impact of them on those with politicized identities but also on the entire workplace. This allows for an opportunity to process emotions, and model a healthy way to resolve potential conflict in situations where perspectives may differ. It leaves you in greater control over a problem that has already impacted your workforce, even though you don’t know it.

Whether we like it or not, politics are everywhere. In today’s current global climate, being able to identify the common human reactions to broader political differences and negative world events, can be a game changer. It can improve resilience in not just those with politicized identities, but for anyone who works with them. May peace be with you all.